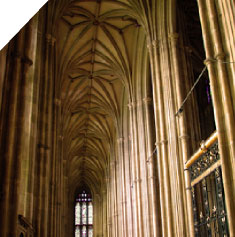 Once it became clear to me that I needed to hang out a shingle and create a company to continue the work I knew and enjoyed, I started casting about for a company name. My heavens, was I stumped. A company’s name is so important – it has to roll off the tongue but it also has to convey a feeling, a meaning that touches on the company’s core mission. I wanted to avoid anything having to do with ‘clean’ or ‘green’. I also wanted to communicate a different feeling from the companies I had been with before. I wanted a name that expressed honesty, clarity, information flow, teaming with the client, positivity, and a mission whose goal was to improve the planet instead of being solely for profit.

In the end, it came down to two names. My husband had suggested Clear Energy – it seemed so obvious, too easy. My attorney suggested Clerestory. Clerestory is an architectural term that refers to the third floor of windows in a cathedral, or any tall atrium-like structure, that is intended to illuminate a poorly lit interior. More than anything, I really liked the concept: a niche and unusual element that brings light, or clarity, into an otherwise dark area. I thought this was a perfect name to convey how this company functions in the marketplace; we are driven by a core mission to bring clarity and insight into a complex marketplace.

The environmental markets are certainly confusing, intimidating, opaque, complex and unfriendly to outsiders. It’s easy for smaller players to be bullied by market forces, and even large, savvy players can be confounded by the notorious in-transparency of the green markets. The clerestory concept was a great fit.

Unfortunately, no one knows what a Clerestory is! In the end, it was too esoteric of a company name. The alternate, Clear Energy, started to look like an excellent backup. It’s short and sweet, and it suggests the notion of clarity and honesty that I wanted. In the end, the clerestory became our logo. The concept of bringing light into a dark place imbues the design of our website; it also inspires our everyday work. At the end of the day, I am content that the work we do makes the world a slightly better place, one trade at a time.